This is an easy-to-understand film about the life and resurrection of Jesus Christ. Produced in 1979, Jesus of Nazareth (portrayed by Brian Deacon) is taken from the New Testament’s Gospel of Luke and follows his life from birth to death. His parents, Mary (Rivka Neuman) and Joseph (Joseph Shiloach), are a strong presence in his early life. Later, as a young adult, Jesus begins to realize his destiny, and his apostles are gradually assembled, with Simon Peter (Niko Nitai) among them. Eventually, Jesus must face his crucifixion, which leads to his resurrection. Filmed on location in Israel at authentic biblical sites according to IMDB.com, . Directors: John Krish, Peter Sykes. Produced by: John Heyman

Send us your prayer request by clicking this link: https://treasuretop.com/contact/

If you’d like to help us be responsible for more people getting into Heaven by spreading the Good News about the saving grace of Jesus Christ, click this link to Give: https://treasuretop.com/give/ We do not take a salary from Treasure Top; we do this for free. 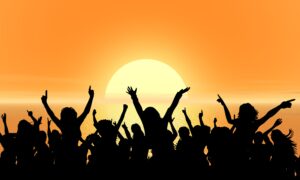